There Is No Feeling Better

by Mike Adams At His Honest Weight 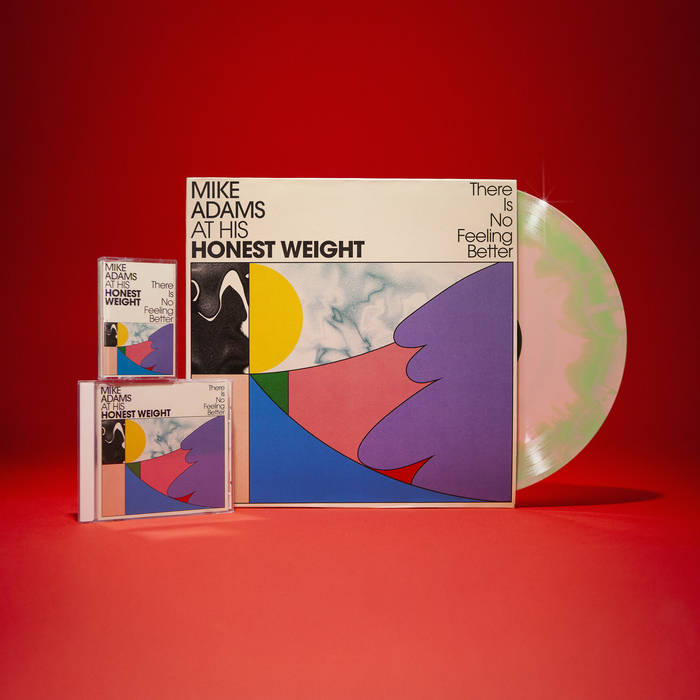 Jeff McGee Best Album of 2019. Every song hits me in a different place, and none more than That’s One Way. This album says a lot of things I’ve never been able to verbalize, both musically and lyrically. Stellar work all around. Favorite track: That's One Way.

Ryan (Feels So Reel Music) Mike Adams is an Indiana gem. This album is chock full of earworms that keep me coming back. Favorite track: Do You One Better.

Get Your Dad Great album from a Bloomington, Indiana, great. Favorite track: Do You One Better.

'There Is No Feeling Better', the fourth album from Bloomington, Indiana's Mike Adams at His Honest Weight finds the titular Adams—the singer/songwriter/multi-instrumentalist/producer at the center of the independent pop institution—focused less on who he is and more on where he is. Though the album’s not short on truthful introspection, it’s an outward gaze that defines these eleven songs. In their hovering melodies and warm tones, Adams tries to make sense of an increasingly baffling world. He comes up with a couple of answers, but more often than that, he’s come up with good questions: “What if I was wonderful to love?” Could a modest getting by be enough to build a life? What if our best guesses turn out wrong? Who’s going to remember us when we’re gone? Why is it so hard to tell the difference between the good guys and bad guys? “How come the laugh track ain’t the last thing before the fade?”

It’s the kind of record you can make only after really knowing how to make records. It’s ambitious, but never labored sounding, sweeping but always intimate. All the qualities that have made the Adams songbook such a joyful collection to engage with—the witticism of 2011’s Oscillate Wisely, the playful experimentalism of 2014’s Best of Boiler Room Classics, the gigantic melodies of 2016’s Casino Drone—are on display here yet again, but they feel heightened, deeper, funnier, sweeter, and more resonant. Pulling from disparate sources, like retro-pop era Starflyer 59, ELO, the Beach Boys at their most transcendental, the Southern gospel of the Isaacs, and the dead-serious humor of The Roches, Adams has shaped these touchstones into a new world. The sock hop mysticism of “Free & Reduced,” the noir mood of “That’s One Way,” the lush cooing of “Educated Guess,” the daydream pop of “Olivia”—you can live in songs like these. They’re testaments to the act of creation and recreation, examinations of the glee that can be accessed by ripping up the map and getting lost: “Even if it gets so we hate that sound, if heaven isn’t great we can waltz right out,” Adams sings like a choir boy on “Do You One Better.”

Whereas past albums were mostly recorded by Adams on his own, There Is No Feeling Better was built, slowly and over the course of a couple years, with longtime collaborators and members of the Honest Weight touring crew (with whom Adams records his tour diary/travelogue podcast Tan Van Tour Talk). Though Adams plays plenty on the album, providing guitar, keys, bass, and vocals, it’s the least he’s ever played on an Honest Weight album. Armed with ace musicians in the room and structured workbooks custom built for the process, challenges became excitements. Adams was freed up to chase down the songs as he heard them in his head. “What’s that sound everyone’s on about,” Adams asks on the chiming “Datsun Dashes.” With There Is No Feeling Better, he’s gathered up his ideas and given them names. He’s figured the sounds out.

Includes a 14 page booklet with lyrics and chord charts.

Bandcamp Daily  your guide to the world of Bandcamp